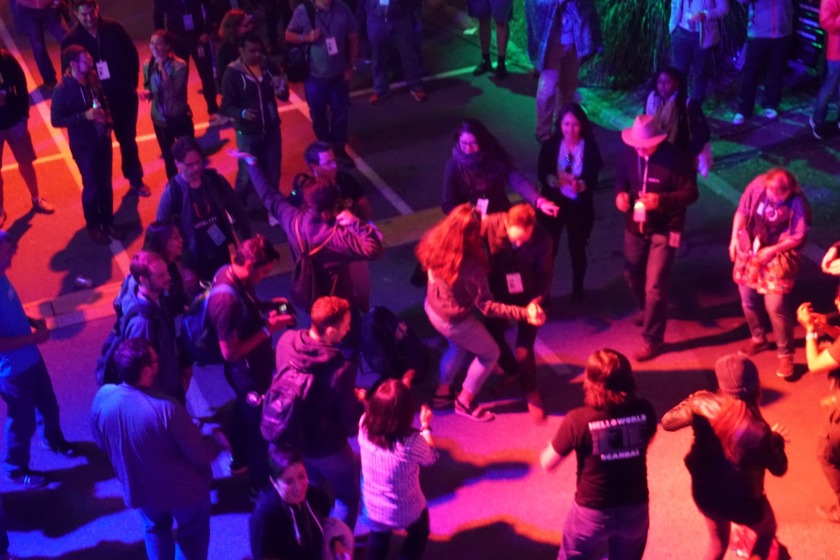 The evening started out with us at the GCPE motobooth. They took photos of people and used Cloud Vision API to analyze the photos and add colors in the corners of the emotions that it detects – Red: Anger, Purple: Surprise, Yellow: Joy, Blue: Sorrow 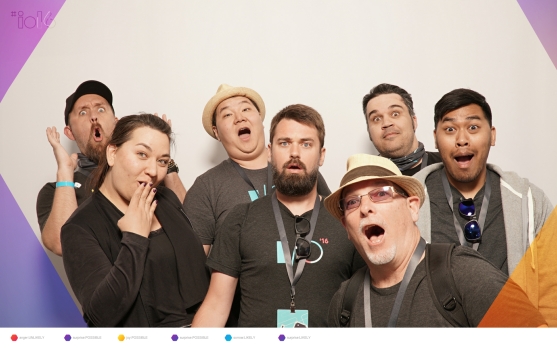 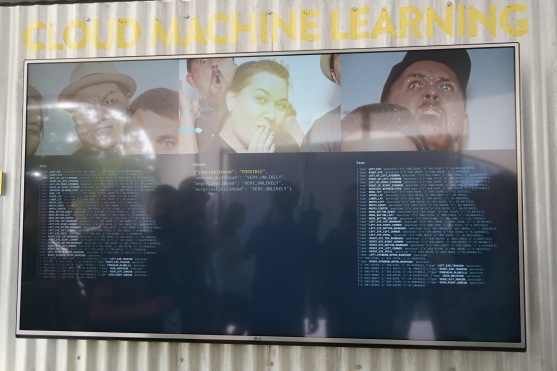 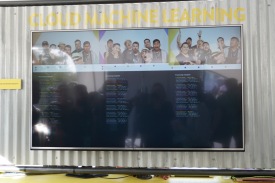 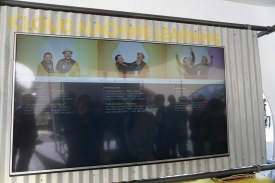 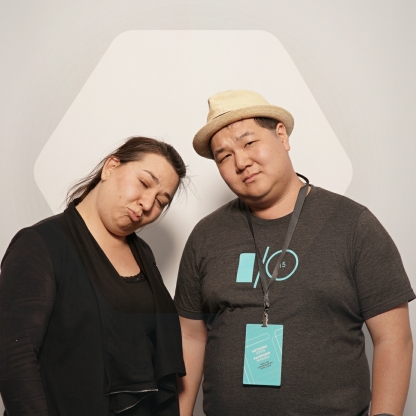 At the same booth we played Big Query! Its a game for two people to answer three questions. The questions were about github, redit, GDELT. It query your answer against their database and showed the top answers/solutions. Whatever percentage your answer had became your points (37% -> 37points) 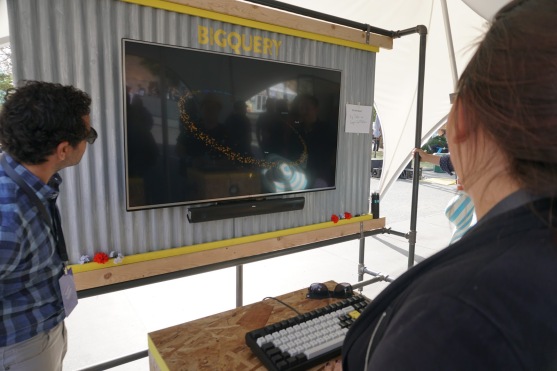 There was a wall of lights, where you can grab a paint brush (that had bluetooth) and you can “paint” the lights to the color of brush you had!

We went to go see Speechless at the Amphitheater, “which features performers on stage giving a Powerpoint presentation in front of a live audience. It’s been described as part karaoke and part lecture” (Huffington Post). They had several googlers, one at a time, go up on the stage and gave them a silly topic. They had 5 or 6 slides to use with their topic. It was hilarious! 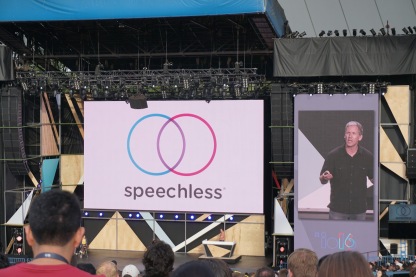 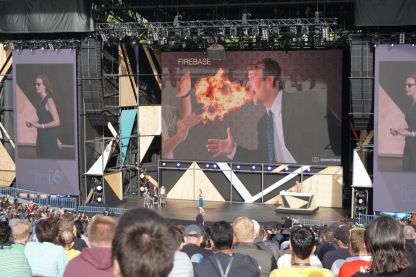 The biggest surprise of the evening was James coordinating with his friends, GDG and the Google I/O Team to do a surprise proposal on top of one of the ships that held the live band.

You can also check out a recording (thanks to Stacy Devino):
There was an amazing Flash Mob that was coordinated by Adriana(thank you!). Special thanks to Natalie and Martin for supporting James in this surprise at Google and his friends James and Justin for lying for him. 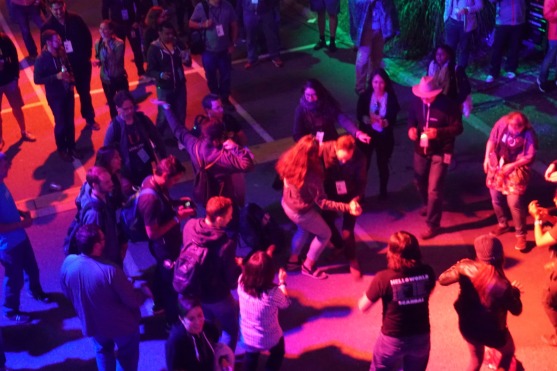 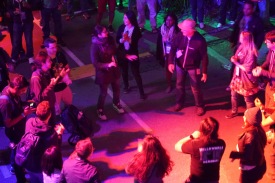 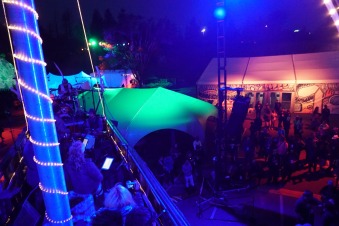 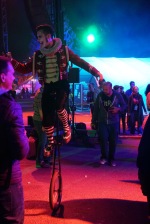 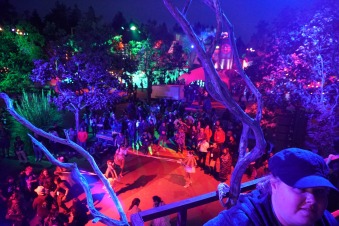 We danced until google closed out and went on our way to the after party with friends. 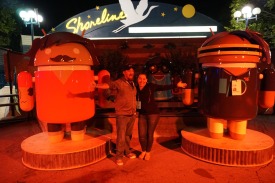